A soccer game isn’t much different than building a portfolio or financial plan. Some may be reading this and thinking wow, that’s a stretch, but please allow me to explain. Preparing for a soccer game consists of strategizing and picking your players who will hopefully bring the best performance on a certain day. Our coaches pick out the attackers: our growth stocks, can be a bit haywire but sometimes end up scoring big; midfielders: our value stocks, consistent and clever, defending against dips in momentum and facilitating moving the ball up the field; defenders: our bonds, stable and powerful but conservative and protective; and lastly the lone goalie: our hedge, you know it’s a good game in your favor when they are useless but a saving grace when they are needed. Our coaches research the opponents and highlight key players to watch out for. We strategize how to win and run specific plays to beat their line of defense before making our way to warm up. As most sports’ enthusiasts know, sports games are subject to change.

We start the match feeling as though we are well-positioned, ready to perform and return to our glorious fan base a sizable gain shaped in the letter W. Unexpectedly, the opposing team starts in a different formation that repels our strategy—improvisation and reshuffling is a must. It’s an even match, no goals, lots of close calls on both sides but the score is still 0-0. In the last 5 minutes of the game a soft call is made by the referee, a penalty kick is awarded to the other team. Through planning and preparation, our goalie recalls that their star player is left footed and favors across the body shots to go far post. Our goalie steps a little bit to her left to prepare for a shot being blasted into the right corner and saves the ball. That save brings the team together and ramps up their momentum to score a goal in the very last minute. An unexpected and unrehearsed twist, aren’t sports the best? Throughout the game, there was turnover, fouling and mistakes—lots of mistakes, some were out of the players control, but they remained disciplined and stuck to the game plan. Much like soccer games; the market, relationships and most importantly life is not predictable, but you can best position yourself for these dynamic times through preparation and education. It is our honor to play alongside you through rough games and celebrate with you on big wins.

If you couldn’t tell by now, I am pretty well-versed in soccer strategy and gamesmanship. To introduce myself officially, my name is Pascale Dumesnil. I am the newest member to Tschetter Group’s planning team and looking forward to meeting everyone. I attended the University of Washington and played Division I soccer while earning my degree in finance. I’d like to share a few things that I have learned throughout my soccer career, in hopes that it allows you to get to know me a bit better.

Within any soccer game just as in life, to be successful it is essential to make the most of your opportunities. I traveled to Japan my junior year of college and played against the top collegiate team in the country. We lost the scrimmage and though my competitive nature pains me to say, they were indeed the better team. They were extremely technical and rarely lost the ball. Fortunately, we had translators to facilitate our conversations and we were able to compare our daily schedules and training regimes. My teammates and I were chagrined to hear that none of these talented athletes were awarded scholarships and they had extremely limited facility use. That night I reflected on the conversations we had with the Waseda women’s soccer team and it became clear to me that no matter your circumstances, you are in the driver’s seat to make the most of your opportunities to pursue excellence. Regardless of your status, age, or wealth, we all have the opportunity to show up and be our best every day.

My sophomore year at UW I took advantage of an extraordinary opportunity. I volunteered with an organization called “Courts for Kids”. It is a program where selected individuals travel to an impoverished part of the world to help a community build a kids’ sport court. Fifteen UW athletes and I traveled to Matambù, Costa Rica. We were accompanied by peace corps volunteers that served as translators and helped facilitate our interactions with the community members. Most of our time consisted of digging holes, leveling the land, and pouring concrete from sunrise to sunset. During the breaks I found myself either passing, juggling, or casually playing soccer with some of the local kids. Due to the language barrier, we could not communicate verbally but we were able to connect through the sport that we both enjoyed. When I was leaving I felt that I had made a new set of friends without ever speaking a word. This experience taught me that communication can take many forms but when confronted with a common interest or goal, it is easy to understand each other. Similarly, what binds us together with our clients is the overarching idea of financial freedom and peace of mind. Being on the same page as our clients and building towards the same outcome is an important way for us to connect and understand each other.

The last life lesson I learned from soccer is that being a good teammate is not only helpful for team chemistry and rapport, but crucial for long-term success. The friendships and relationships I have built have been created mainly through my sport. All my greatest friends have one thing in common: they were good teammates. And I hope they would say the same thing about me. My point here is that games and competitions come and go—some are memorable, and others fade but what remains are the relationships you’ve made along the way. The camaraderie that builds into true friendship must be built on mutual respect. What I truly remember most is if someone was a good leader and friend on and off the field. I played on many different teams, from rec league to nationally ranked teams, and the people who were the best teammates were those who didn’t blame others for their failings, kept their composure under pressure and had a strong work ethic. I believe this to be true in work and life as well. As the newest member of the Tschetter Group, I hope to prove myself as a hard worker and a good teammate. 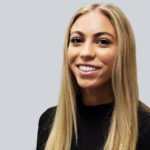 I love the opportunity to get to know clients on a deep level and to grow alongside them. There are not a lot of careers out there where you are able to retain partnerships and help families and individuals make intimate financial decisions. For me, that is very empowering.