Good afternoon!  We’d wager a bet that many of you (non-video gamers) hadn’t heard of GameStop until recently, but the company has certainly captured national attention in the past few weeks as the stock soared on what in market speak is called a massive “short squeeze.”

For the sake of brevity, we’ll summarize by saying that retail traders, united through the online social media forum Reddit, began buying GameStop (GME) stock which had been heavily bet against by large hedge funds through a practice called short selling where shares are borrowed and sold with the hopes of buying them back later at a lower price.  Demand for the shares skyrocketed along with the stock price, forcing these short sellers to “cover” their short bets by buying the stock, driving shares even higher and prompting even more buying by retail traders hungry for juicy returns in a virtuous cycle.  In a matter of weeks, GME rose an eye-watering 1,900% from just over $17 per share on January 4th to a closing high of $347.51 last Tuesday.  Shares are trading back down to $90 as we write this afternoon.

Media coverage of this has been breathless and takes on the situation are all over the map.  We don’t care to add to the (mostly) noise but bring it up for one reason only, to illustrate the difference between speculation and investing.  We strongly prefer the latter and it’s a critically important distinction.

Speculation always has and likely always will be a feature of the market.  As far back as Dutch tulips in the first half of the 17th century or more recently the dot-com bubble to close the last century, people have been caught up in seemingly “easy money” opportunities.  In these situations, buying begets more buying, driving prices higher and further increasing speculative fervor.  This emboldens more buying with a confidence that the object of affection—whether it be GME, a whatever.com, or a bulb you bury in the dirt—will “just keep going up.”  Except they never do and it usually ends badly.

As investors, we must never lose sight of the connection between price and value and it is front and center in the portfolio decisions we make for clients.  Is the price we are paying reasonable relative to value (future cash flows) we expect to realize over the course of our investment?  In speculation, this question tends to get lost or forgotten and it becomes a “greater fool’s game”—we must bet there will be a “greater fool” willing to pay an even higher price to bail us out of our folly of overpaying relative to fundamental value.  That’s not a game we’re willing to play.

We noted in our recent market letter that we were seeing some potential near-term warning signals in the market – this type of speculative behavior (and GameStop is just one of many examples) is near the top of the list.

It’s times like these we couldn’t be more confident in our steady long-term approach to investing.  If you or someone you know find yourself in need of focus and perspective when markets go wild or just a healthy dose of long-term optimism, please reach out.  We’ve never been in a better position to help and would love to hear from you. 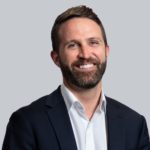